The Day the Earth Stood Still

The Day the Earth Stood Still 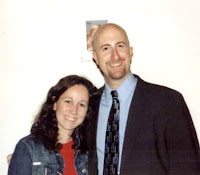 FROM SIMONE – Any parent of an autistic child can remember very well the day they were given their children diagnosis. For a brief moment the Earth stops moving, and you really have the impression you are going to wake up from the nightmare at any moment as it is not real, this is something that happens to other people in films or the Newspaper not to your beautiful baby who is so clever, intelligent and so beautiful! All the Dreams you once had for your child suddenly come crashing down smashing into a floor of reality concrete.

Any Son-Rise Parent can also remember the day their dreams lifted up and created wings flying in a wonderful wave of regained hope and joy – The day I went to see a Raun Kaufman lecture in London.
I remember watching as a child the Son-Rise Movie on TV and the story of the little kid flipping plates never left my mind, it’s like if I knew. When the Doctors first mentioned my son could be autistic I remembered the film and searched up on the Internet the title in my Portuguese native tongue which is “My son my World”. The Son-Rise Website came up and Raun Kaufman was going to be in London for a series of free Lectures.
I went with my Mum and sat down in the midst of dozens of Parents all displaying the same look of hopelessness as I did, then Raun came on stage. I couldn’t believe he was the same boy portrayed in the movie who could only rock and spin plates all day long. Apart from being eloquent, inspirational and knowledgeable he had great sense of humour, something everybody insists that any autistic person will never have. Raun was no different than a typical person, you could never tell he was once severely autistic, but in a way he was very different than anyone connected with autism I had ever seen, he talked of a message of hope of believing, believing in your child like his Parents had believed in him.
If his own example wasn’t enough the most amazing part of the evening was to see a teenage boy watching attentively the lecture with his Parents quietly, focused and then discussing the techniques with his Parents at the end. I remarked how beautiful it was that a sibling would be interested in learning Son-Rise to help, to what the Parents replied that he didn’t have any siblings, he was once too, severely autistic but now recovered he was interested in doing the Son-Rise Program with other children too. At that moment hope was reborn in my heart. Not just hope of recovery but hope of happiness of not being condemned to being sad and not enjoying my child because he has autism, with the Son-Rise Program I could start enjoying my child right now exactly the way he was, and for that reason I have been doing the Son-Rise Program with my son for the last 5 years.
Raun Kaufman is doing a series of free Lectures in the UK starting this Saturday. If you know a family who is facing the challenge of a diagnosis of autism show them the path of hope: