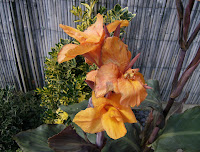 FROM SIMONE – Have you ever been in love when you were 12 or 13 years old? Remember the feeling when you first stepped in your new house? When your Baby was born? When you first listened to that song you really love? When you bought what you saved for, for months, or years? I could go on and on…

What do these sentences have in common? Certainly you would think the birth of a Baby carries more importance than something you have bought, so why have I compared them? They are all experiences that YOU decided were Awesome, YOU decided they were to be remembered for ever and ever. They are little pocket moments you created in time and space to cherish. 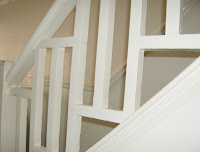 I was thinking about these moments the other day when staring at my staircase banister! I remember when I first found my house I was in love with my staircase banister as it is in a very McIntosh style, which I love, in fact the whole house has many features of the 1920’s and 30’s. I remember when I first moved here, just a year ago, I embraced myself in the feeling that I could never be unhappy in this house and yet just a year later I was sitting staring at my banister feeling sorry for myself.

That’s when I remembered how we create our experiences, our beliefs, and I purposely stared at the banister and recreated all the smells, air, feeling of when I first entered the house. I thought it would be impossible, but the house was still the same, and I did it, my past feeling of joy invaded my current feeling of sorrow and all of a sudden I was looking at my current problem with different eyes and all that was my own creation.
I then tried taking that idea in the playroom and making every second like a first time happening, every look as it were the first, every sound as it were the first, every game as if it were the best, every smile as if it were forever.
I was surprised first of all how this intensity was exhausting for me, like when you don’t exercise for a long time and your muscles ache but then realized how in time it became second nature and I would do it naturally, not just in the playroom but wherever, banister or not!
I also realized how the reason I had never done it before was I had the belief looking at everything with magical loving eyes would make everything boring one day but I just found out that the magic never ceases because I create it anytime I wish, it’s an endless staircase of joy!