What is Autism? A Unique Perspective of Hope

What is Autism? A Unique Perspective of Hope

Autism is unfortunately becoming a popular term nowadays. But what IS autism? Most professionals will tell you that autism is a neurological behavioral disorder. While it might be neurologically based, we believe it is important to define autism for yourself and your child in a way that builds towards a path of treatment, and hopefully recovery.

According to the Centers for Disease Control, autism currently affects 1 in 68 children in the United States. Yet scientists have not yet determined the exact cause of autism. (Recent research has identified several factors that may contribute to the development of this condition.)

And so defining autism as a neurological behavioral disorder does not provide parents a comforting or effective path to treatment.

That is why we at the Autism Treatment Center of America® believe that autism is a social relational disorder. This is the heart of autism and best represents the actual effects on your child’s (and your) life.

A child with autism may have difficulty creating relationships with people or seem distant and withdrawn from a social point of view. The reason they do not learn and grow at the same rate as other children is because they are not interacting. We learn by interacting with others, and by observing and mimicking.

Officially referred to as Autism Spectrum Disorder or ASD, autism can vary in severity, ranging from mild social deficits to total disability. The condition typically appears in the first three years of life.

I’m sure you’ve heard plenty of horror stories about autism. We did too when we began our search for options. (You can read our entire story here of discovery, research, and 100% recovery.)

Yet your beliefs and hope affect your children just as much as your actions and words. And so I want to present to you an inspiring example of what autism is like…

How I Learned to See My Son with Autism (an excerpt from “Son-Rise: The Miracle Continues” by Barry Neil Kaufman:

His little hands hold the plate delicately as his eyes survey its smooth perimeter. His mouth curls in delight. He is setting the stage. This is his moment, as was the last and each before.

This is the beginning of his entry into the solitude that has become his world. Slowly, with a masterful hand, he places the edge of the plate on the floor, sets his body in a comfortable and balanced position, and snaps his wrist with great expertise. The plate begins to spin with dazzling perfection. It revolves on itself as if set into motion by some exacting machine. And it was.

This is not an isolated act, not a mere aspect of some childhood fantasy. It is a conscious and delicately skilled activity performed by a very little boy for a very great and expectant audience – himself.

As the plate moves swiftly, spinning hypnotically on its edge, the little boy bends over it and stares squarely into its motion. Homage to himself, to the plate.

For a moment, the boy’s body betrays a just perceptible motion similar to the plate’s. For a moment, the little boy and his spinning creation become one. His eyes sparkle. He swoons in the play land that is himself. Alive. Alive. Raun Kahlil – a little man occupying the edge of the universe.

Before this time, this very moment, we had always been in awe of Raun, our notably special child. We sometimes referred to him as “brain-blessed.” He had always seemed to be riding the high of his own happiness.

Highly evolved. Seldom did he cry or utter tones of discomfort. In almost every way, his contentment and solitude seemed to suggest a profound inner peace. He was a seventeen- month-old Buddha contemplating another dimension.

A little boy set adrift on the circulation of his own system. Encapsulated behind an invisible but seemingly impenetrable wall. Soon he would be labeled. A tragedy. Unreachable. Bizarre.

Statistically, he would fall into a category reserved for all those we see as hopeless … unapproachable … irreversible. For us the question: Could we kiss the ground that others had cursed?

Kiss it we did, and we pioneered a unique approach to autism that led our son to 100% recovery. This is the treatment path we teach in our Son-Rise Program, and have taught for over 33 years.

Within eight months, this totally withdrawn, self-stimulating, functionally retarded and “hopeless” little boy with autism began to break out of his shell and become social, verbal and affectionate. After 3-1/2 years, with the program fully finished, Raun emerged as a very talkative, highly interactive, socially astute and caring youngster bearing absolutely no traces of his original condition.

After graduating high honors from high school, he attended and graduated with a degree in biomedical ethics from an Ivy League University. Now he is an international speaker and Director of Global Education of The Option Institute® and the Autism Treatment Center of America™.

I’m not suggesting that every child with autism can experience a complete recovery. However we have consistently seen wondrous improvements and numerous recoveries.

And so if you are at the start of your journey through autism, know that there is hope. You have options. This is not a life sentence. The treatment of autism begins at the very start, with how you define it.

So what is autism? I urge you to explore that for yourself and create your own inspiring definition that reflects the love and appreciation you have for your very special child.

I’ll also leave you with this… 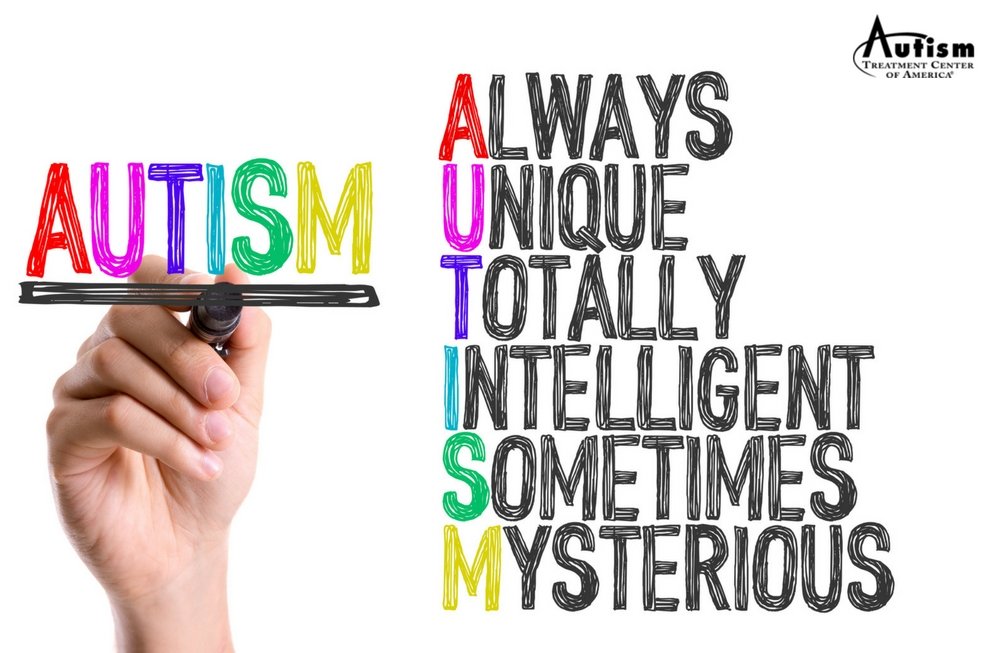