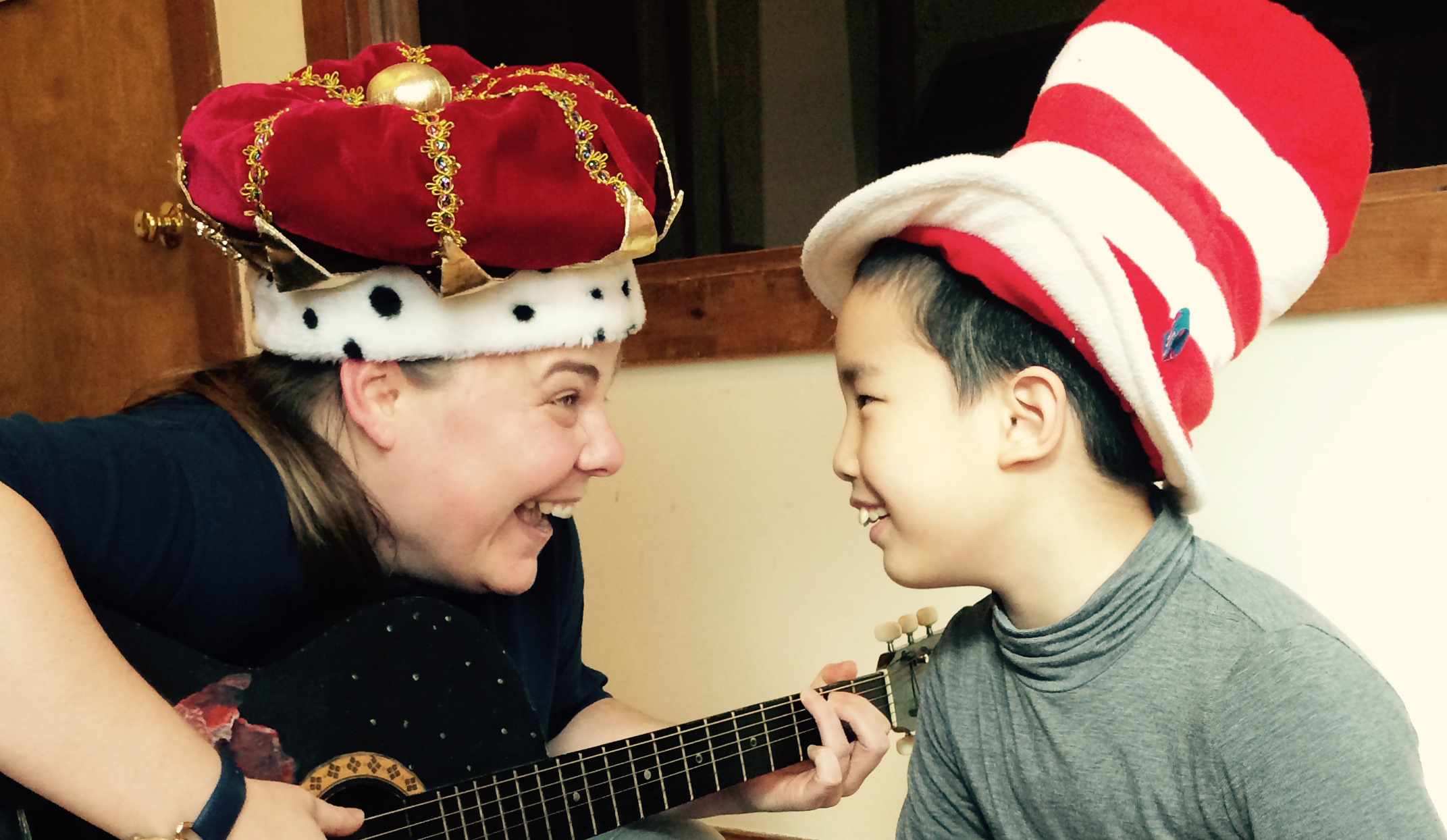 “Do you find that your child has a challenge with playing new games? Are they controlling when you introduce a new toy or prop? Do they say ‘no,’ or take those toys out of your hand? Many parents who have a child on the Autism Spectrum find this to be true for their children.

“If the same is true for your child, here are three Son-Rise Program techniques that will help!

1) “INTRODUCE YOUR GAME WITH ENERGY, EXCITEMENT, AND ENTHUSIASM! Genuinely be excited about what you are offering and get behind the idea that it’s okay if your child says ‘No’, or takes your toy. That means nothing about you or the game that you introduced. It may simply mean that your child needs more time. Sincerely have fun and give your child a reason to think about playing your game!

2) “BE PERSISTENT and try again! We had a 12-year-old boy with us from Singapore. When I joyfully introduced my guitar, he looked into my eyes and said, ‘No guitar.’ I happily put it down and told him that we could try again later. When he indicated that he was ready to play his game by saying, ‘Blow bubbles,’ I did just that! I laughed, giggled, and expressed my love for the game that he chose. Then, after he popped a few more bubbles, I picked up my guitar and sang a short celebration. Not only did he watch, but he let me sing celebrations for him eight different times! Treat every moment as a new opportunity when helping your child play with you!

3) “BEGIN WITH AN EASIER CHALLENGE! I could have persisted with singing entire songs on my guitar. However, I observed that my new friend was having a challenge with that, so I began with a smaller challenge instead. Once he was motivated and laughing while popping bubbles, I picked up my guitar and sang him a 15-second celebration. Not only did he allow this, but he continued to look at my guitar and then waited for me to sing again!

“Often our children simply need time to get used to a new game, or toy, but that doesn’t mean that they don’t want to play!”

Written by a Son-Rise Program Teacher