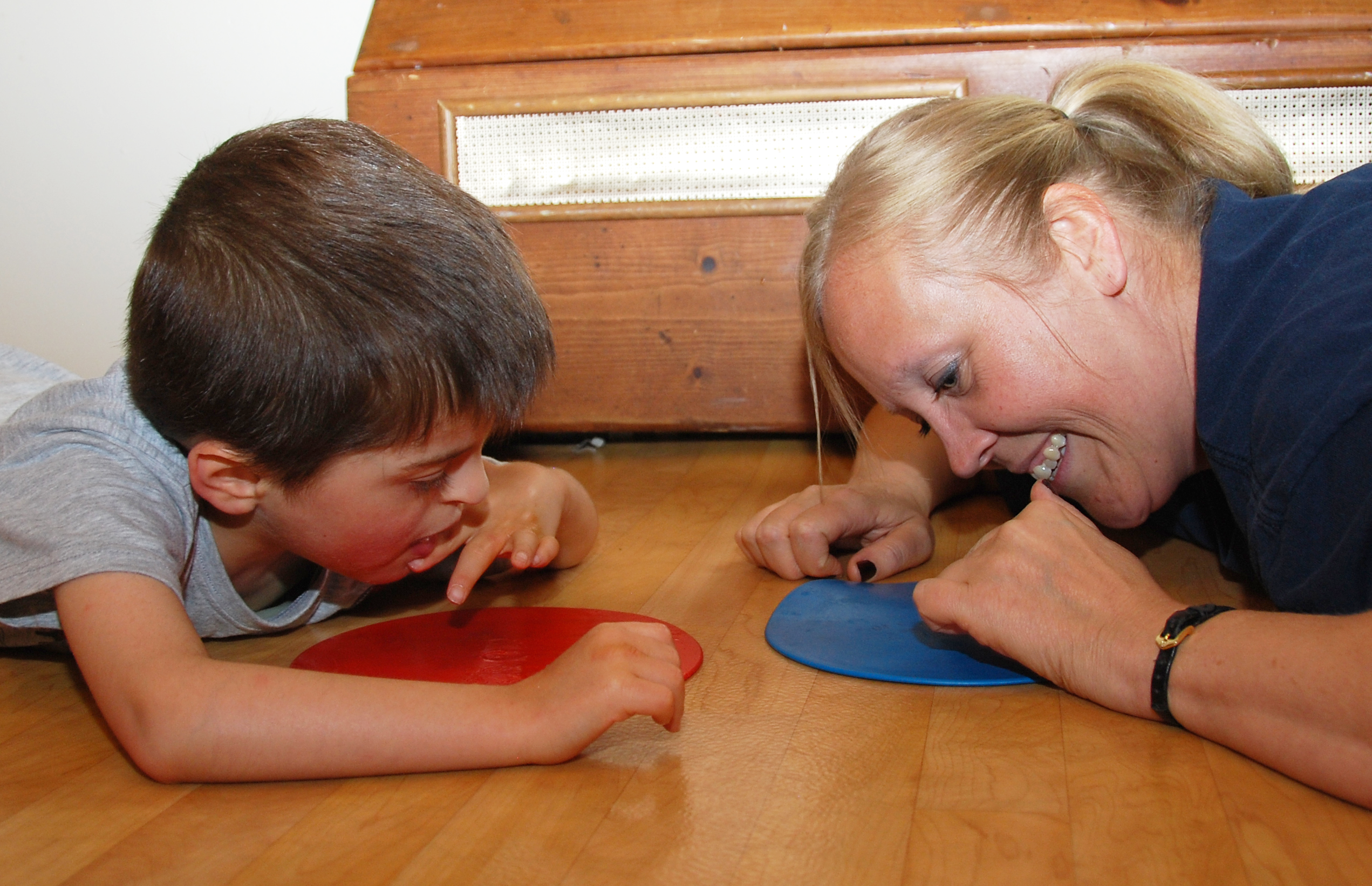 While in the playroom, my friend gave me a Red Light and then continued to do so for 2 hours. I, of course, followed his lead and used our Son-Rise Program® technique of Joining, as he repetitiously pushed his orange letters across the floor. I did not need him to be any different, or to do anything other than what he had chosen. I slid my own plastic letters from one wall to the other. Making my letter B bump into the letter W until both had reached their final destination. The other wall! Then we started over again! After 2 hours of bonding and Joining my new blue-eyed friend, his dad walked into the room. His son then did something that his father had never seen before!

This 5-year-old boy looked at his Dad and with a soft voice said, “Papa, I want to kiss Brandi goodbye.” He and his wife have always encouraged him to kiss his loved ones goodbye. It is part of their culture to do so, and he would, but only after being asked. This time he did it spontaneously and because he wanted to! His Dad was over the moon as he watched his son create such a loving act of friendship!

Remember, there are no small moments and there is never any wasted time, when you trust your child’s Red Lights!